It has been a little while since the last post, but on the plus side I’ve been spending the time modelling (as well as consuming mince pies).

With the first batch of W kits dispatched, I’ve started building my own examples of W192 and W238.  Expect to see them featured here, together with any share-worthy experiences that may arise on that journey.  One such experience is shown below.

I’m sure the question of how to look after finished models is vexing others as much as it has me.  Certainly, there is nothing worse than spending an age of hobby time building something only to have it damaged at some later date.  I’m sure I’m not the only one with unfortunate mistakes, but the sight of my trophy-winning guard’s van impaled upside down on a needle file is not one I’ll forget. On the plus side at least damage was limited to a single small hole in the balsa roof, so perhaps I was lucky.

So, with the Ws under way, the task of how to look after them once completed was delegated to Haydn’s CAD expertise.

The idea was to produce something quick and easy to build, robust and effective.  So here’s his prototype loco box: 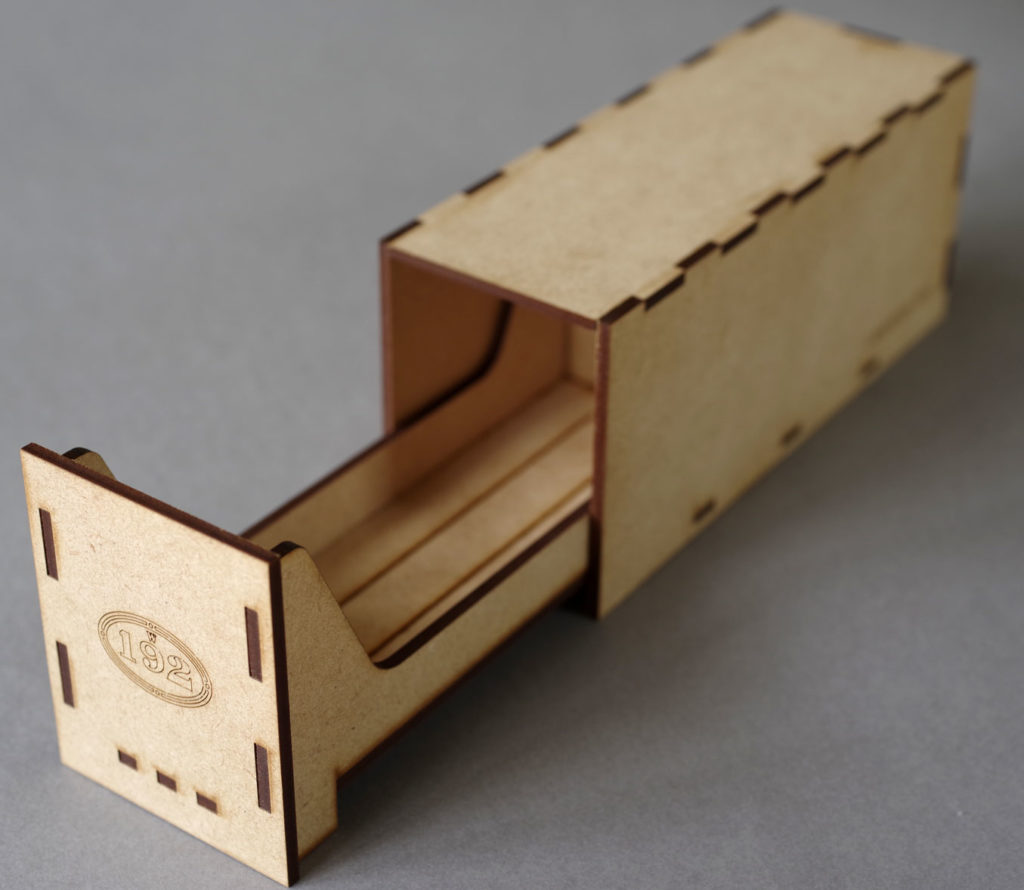 The box consists of a cassette with grooves in the base (to locate wheel flanges) that holds the loco.  The cassette snugly slides, drawer-like, into the box. Even though it is cut from 3mm MDF the joints make the whole thing incredibly strong.  Construction time is only a few minutes, involving application of a decent PVA glue and some light clamping. Not much more difficult than one of those jigsaw puzzles for pre-schoolers. 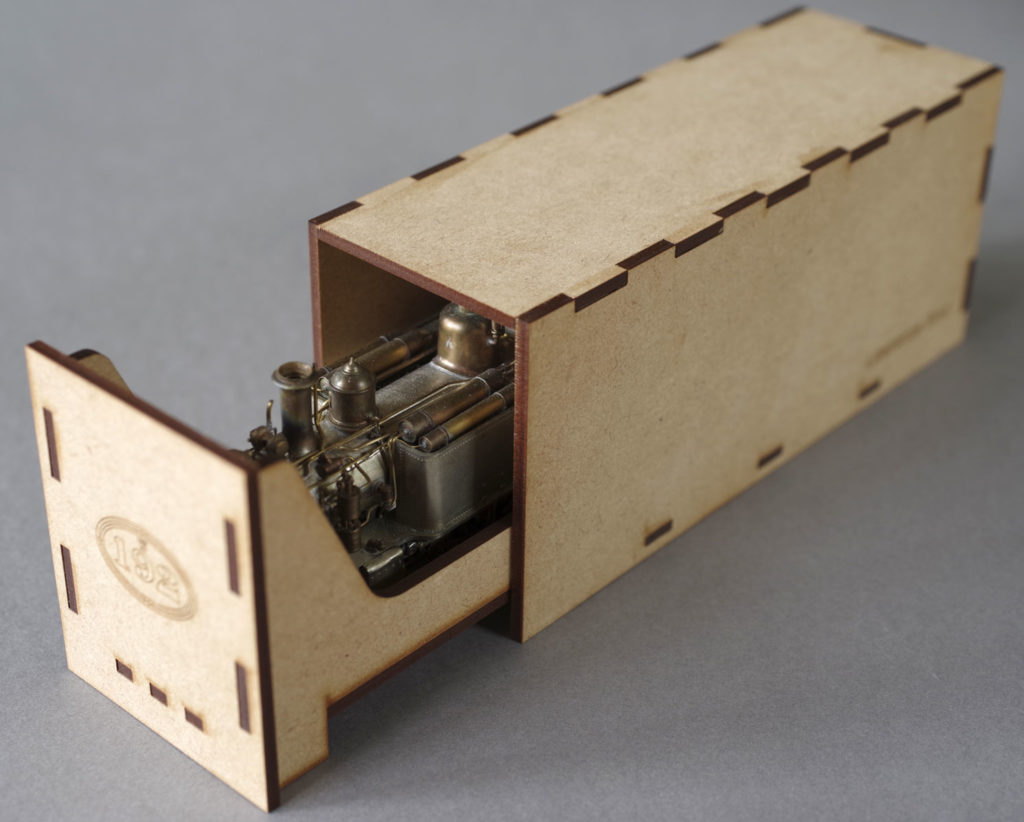 All that remains is to add a bit of protective soft packing.

We are at the back-slapping point in the product cycle, where the rosy glow of something cool is still upon us.  The next phase will be wondering whether anyone else shares this sense of coolness and will actually want to purchase one!

Our current thinking is that a small tank loco box (like that shown) will be priced at around $40-45, supplied as a flat pack.  This will depend on our ability to order an economic quantity.  Customising the box with a locomotive number, your name etc is also possible.  Most likely we will offer a range of sizes depending on demand.  Our first run of these will be a custom one to order.  This is a good opportunity to get a custom numbered/named box to hold your favourite locos.  Drop us an email  if you want a classy vessel to hold your pride and joy.