The W kit has filled the blog for quite a while.  The first batch of kits have been shipped and I fondly imagine a tribe of happy modellers out there building them.

Of course, the reason I did the kit in the first place was that I want models of 192 and 238 for Rewanui, so we return to the subject from a construction perspective.

One of the really interesting things (for me) in building models is to try to capture a prototype in a moment of time. I’m not hung up on getting all my models correct for a particular day in history, but I do aim to get things as right as possible for a decade centred around WWII.  While this was a time of austerity it was also a period when steam was still king and the general running down of locomotives prior to dieselisation had yet to take root. At least that’s how I envisage it.

I’m currently into the 238 build, and questions about details have arisen in a bunch.  John Agnew supplied me with this Hugh Bennett photo from 1937 some time ago and this has been my general guide until the last few days: 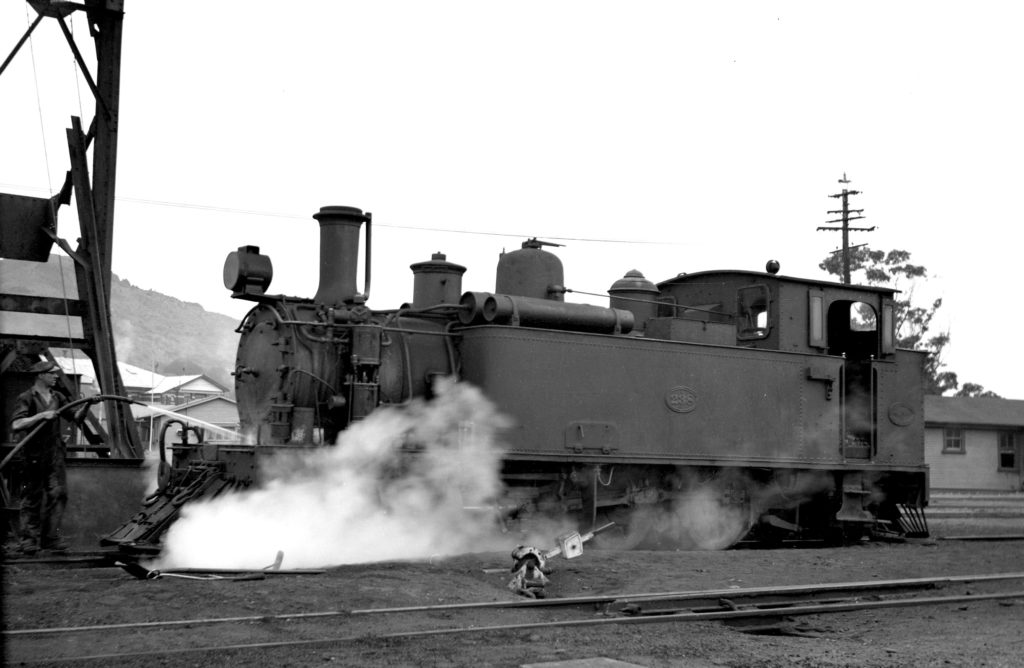 Things to note here that are worth modelling:

In addition to these are the relatively long-lived 238 features of the small extension to the cab front, unique steam dome, torpedo vents on the roof and steam mitre on the dome side (which I cannot see on any 192 photos, but is typical on other classes).

Hard experience has proven that you no sooner chew up a few month’s of modelling time detailing something, when some well-meaning soul comes up with the data to show you got it wrong (I’m looking at you Mr Crosado). So I touched base with JA again and he dug up this AR Schmidt image from 1940 – spot on for my timeframe. 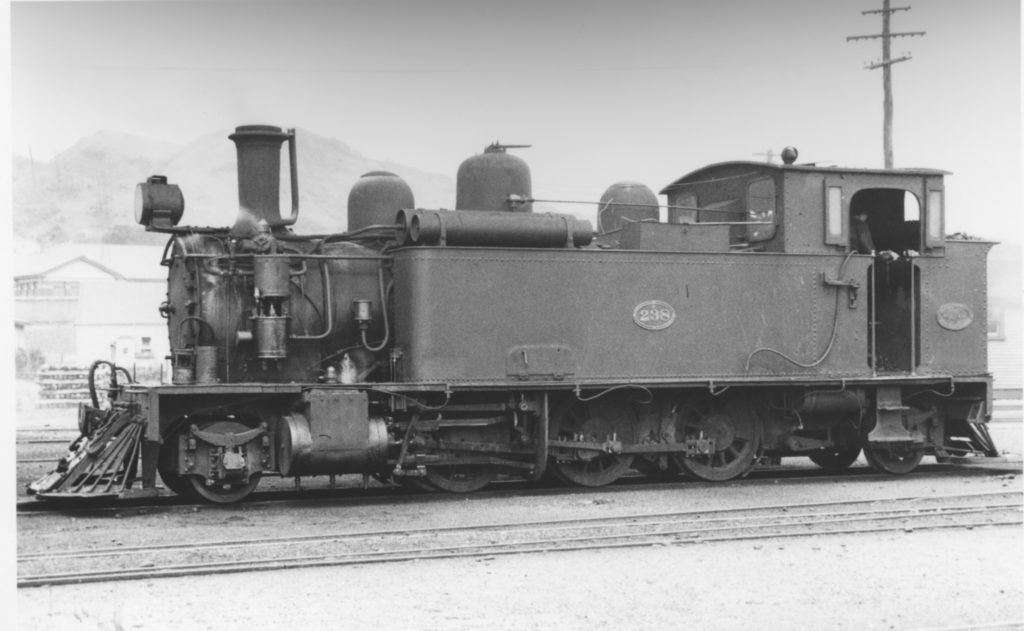 Not too much has changed from 1937 other than a change to standard NZR sand domes – which does smarten the locomotive up a bit or reduce its character, depending on your taste.  This image is not obscured by vapour either so some of the guessed at details from the ’37 image are confirmed.  It looks like the tank top tool box has a curved back face.  I wouldn’t have picked that up except that photos of 192 show a similar tool box but mounted with the curved face to the outside. The acorn has gone from the front of the cyliner cover too. Generally, compared to photos from the 50’s, the loco looks worn but well maintained.

How to model all this?

So in the flesh we have: 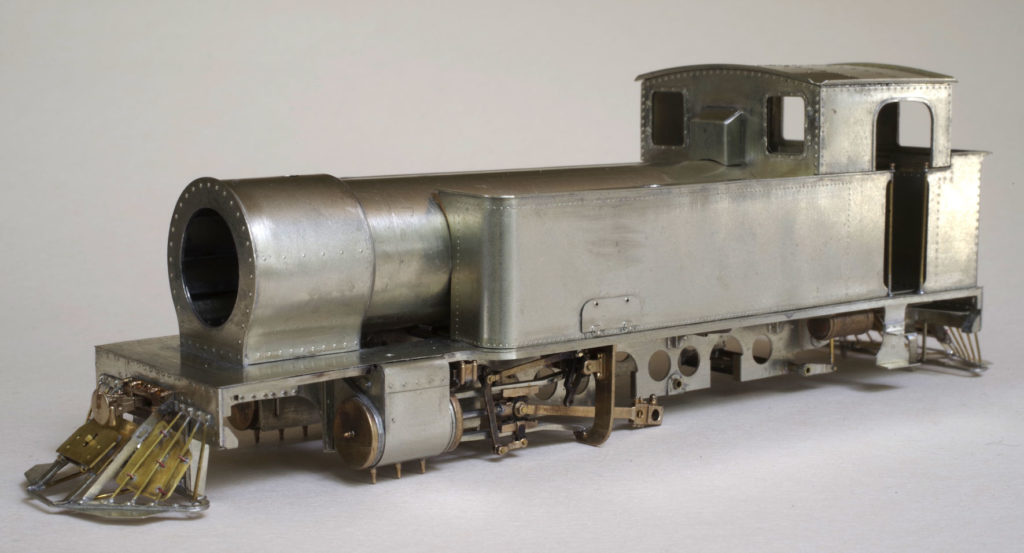 The cab windows and cab extension are to the 1940 photograph (note that the cab is not yet attached, so the gaps will be sorted later).  The sheetmetal on the cowcatcher has also been done to match photos as best I can. I can’t yet bring myself to file off the acorns on the cylinder fronts.

The model is ready to start detailing, which is mostly a matter of using the kit parts as intended, but with the addition of the unique parts noted above.  The patterns for these are printed ready for direct casting into brass: 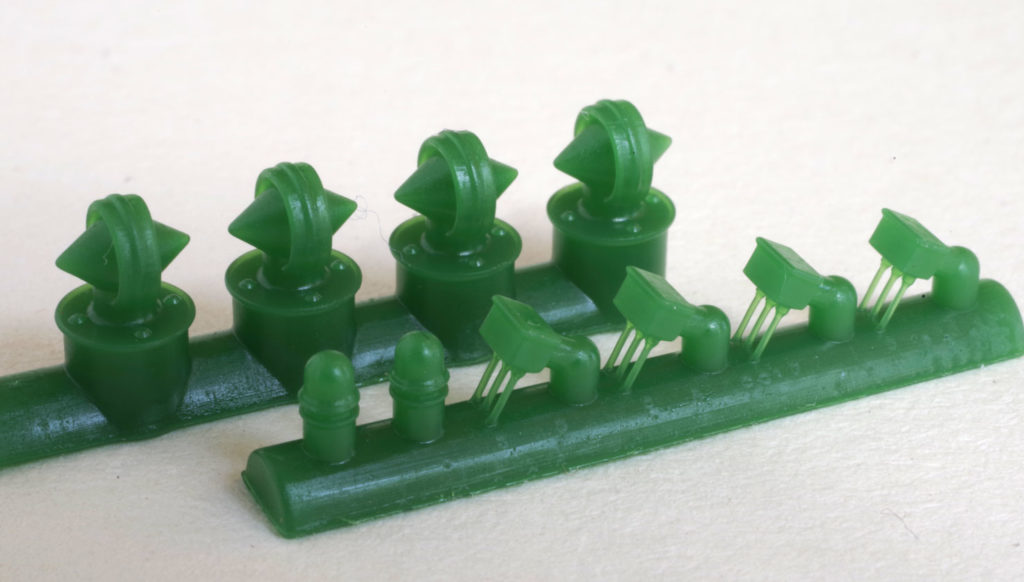 The torpedo vents are an update on the, admittedly great, hand-made patterns from Peter Ross used for BS026 that has been in our catalogue for a while (These are based on slightly dodgey information so may yet change). The other sprue consists of the snifters and lubricator boxes. Finally is the new sand dome pattern.  This features a detailed lid/handle as well as the sand delivery fittings at the base.  I was surprised to find that the base of these domes is very heavy with a 2″ thick flange outside the boiler clothing.  This is reproduced in the model. 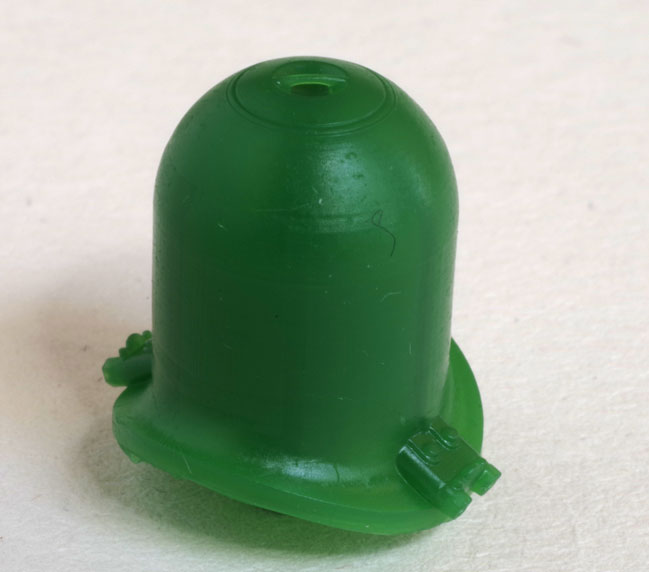 Next up for 238 is sorting out decoder, speaker and light fitting. The kit was designed with this in mind, but DCC equipment models have evolved.