When designing a loco a fairly early decision to be made is how to drive it. This is the stage I’ve being going through with the F.

Decisions to be made include:

Fortunately I’ve just been through this with the W and some lessons learned there do not need to be repeated for the F.

One of the early decisions with the F was that daylight under the boiler is a must.  Not that there will be much actual light, but the boiler will be a cylinder with space beneath.  This means that the only place to fit the gearbox is in the firebox, and the motor in the boiler barrel.  I originally planned on using the 1330 motor but it dawned on me that, while there was plenty of space to install this, getting it out occasionally wouldn’t be practical.  So I’ve changed to a smaller 1219 coreless motor that will still have plenty of power for this small machine. I had no reason to change the specs of the W gearbox – ball races, 2-stage 50:1 ratio, mounting on the main drive ball races, cut (not moulded) 0.3 module gears.  However the dimensional constraints and centres are different so a new design was required.

The photos show the first test box assembled.  Not shown here is a part with the rivets and washout plugs on the firebox front.  This is small cosmetic addition that will be glued underneath the motor.  Rather than hide the gearbox, it will be visible between the frames as a representation of the firebox. 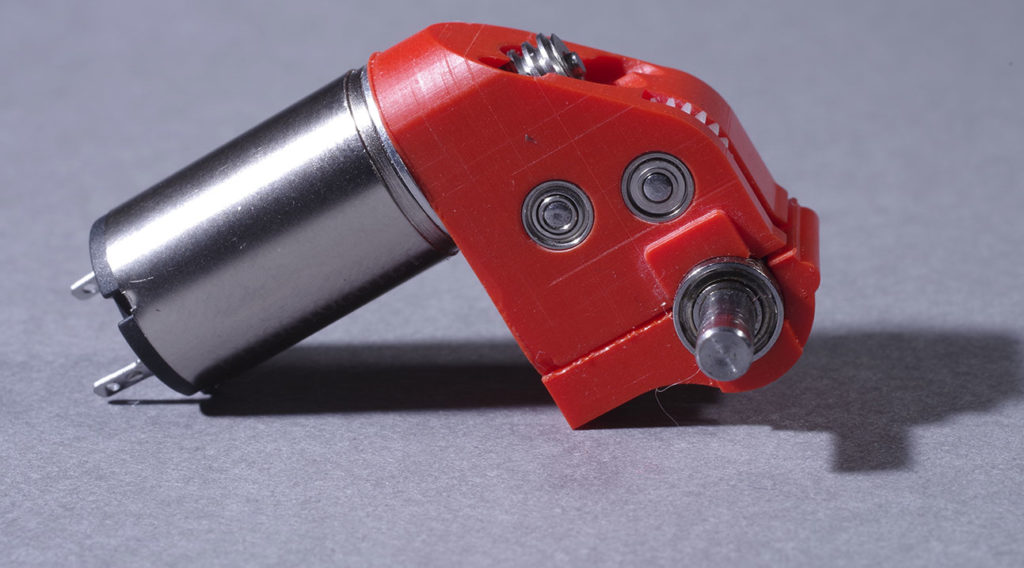 The assembled box is a tidy, smooth and compact unit.  Removal of two screws allows the drivers to be dropped out and alignment is controlled by the bearings – so should always be exact. 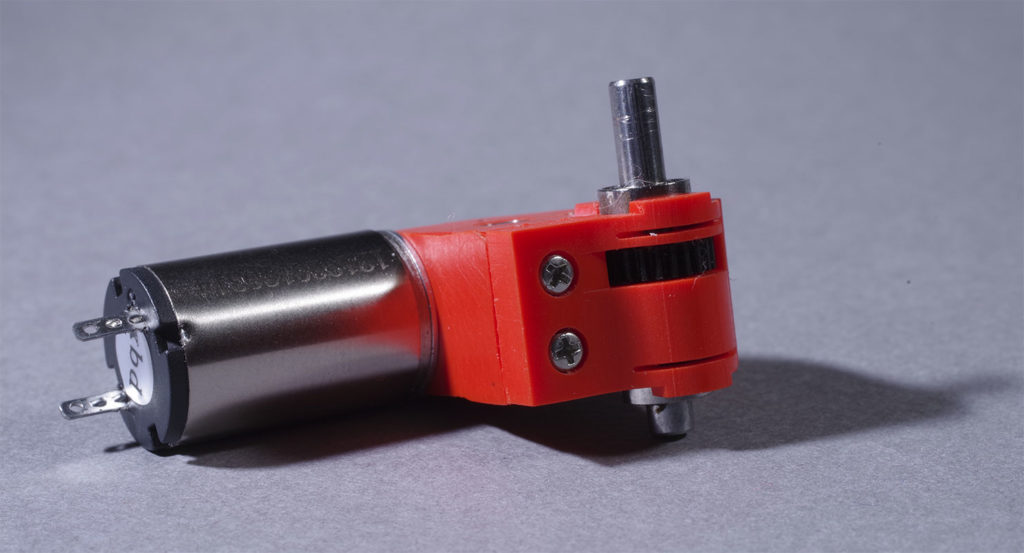 The two slots in the baseplate allow the brake rigging to pass.

To recap progress on other aspects of the kit development:

I’m not one for promising too much as these projects have a knack of turning up hurdles, but I hope to be doing test builds in around a months time.