I’ve always loved to add as many of the details of the prototype to my models as I can.  When I built my North Yard A, I scratchbuilt as much of the gubbins onto the whitemetal backhead as I could. The NZFinescale Baldwins featured etchings and castings for a lot of cab detail too – albeit assembling it was a challenge.

So with the W project, the effort expended on the chassis and superstructure surely warranted an extra special push on the cab interior.  However, extending the approach taken with the Baldwins was going to lead to something that, while beautiful, would be somewhat limiting in terms of the skill and time needed to build it.

So, I thought I’d just print the whole cab in one go – no assembly, but a challenge to paint. In fact not the whole, cab, but the intrusion of the side tanks, firebox and all the attached plumbing.  The Handbrake and reverser will be separate.  This breakdown should not be too unwieldy.

Well this idea was certainly a challenge to draw, but I’m rapt to report the effort was well worth it and the first print was everything I’d hoped it would be. So much so that I’ve leapt straight into print with the result barely dry.  The unprimed print is not the easiest thing to photograph, but the results are pretty clear.  In the next few days I’ll have a chance to paint this and post an update.

In the meanwhile here are the pictures… 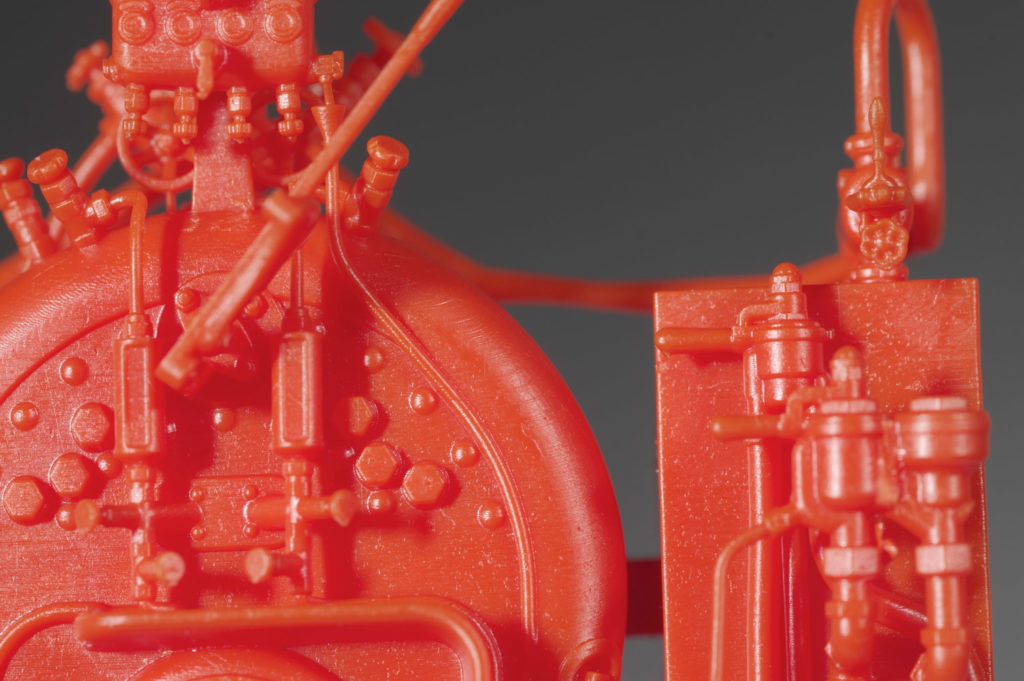 As you can see from the above crop, all the plumbing is in place.  Note the little funnel to catch the drips from the lubricator and the details that have reproduced on the live steam injector and brake valves. 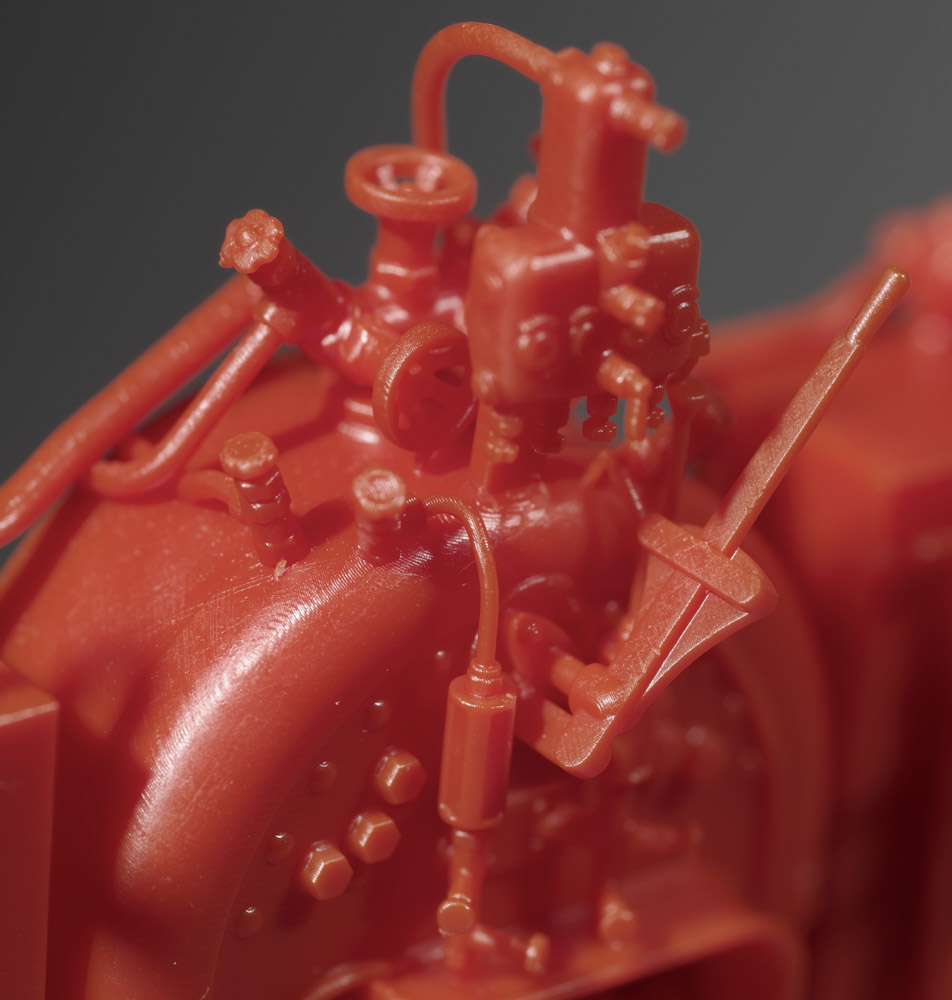 This view from the top shows the turret, lubricator and regulator.  It also highlights the very worst print artifact layering on the piece.  Not that this is visible without a lot of magnification. 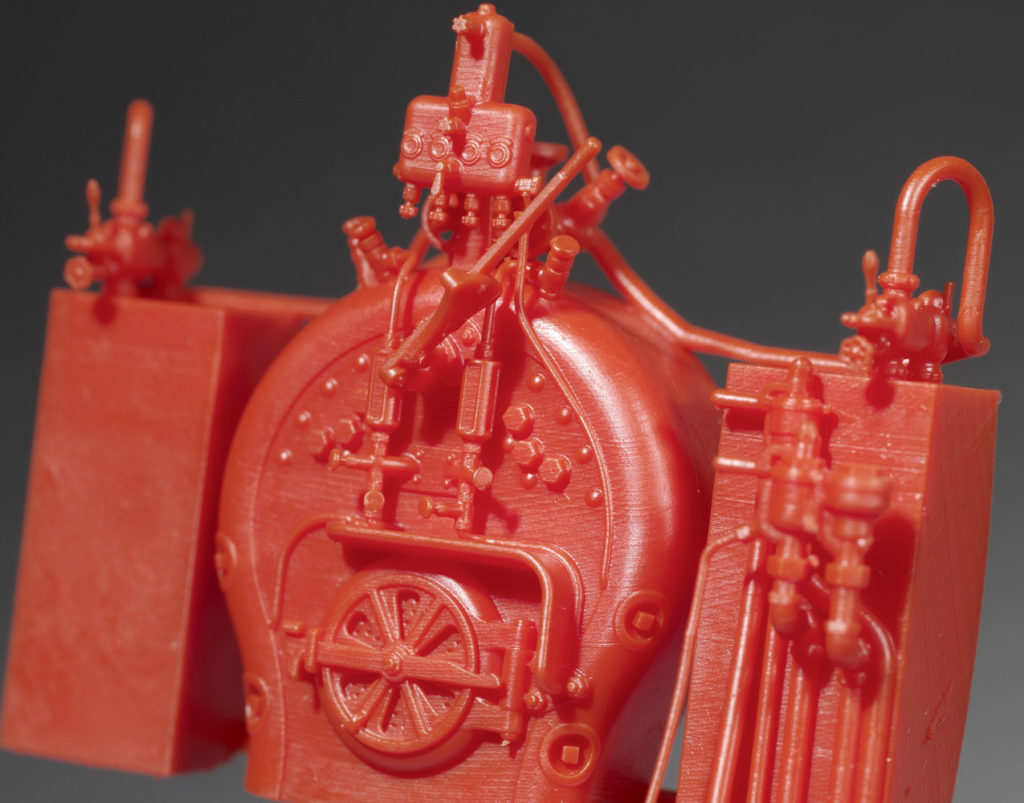 The final shot shows the firehole door, washout plugs and lubricator to best advantage.  The thinnest printed piping here is 0.3mm, although some of the valve stems are less. 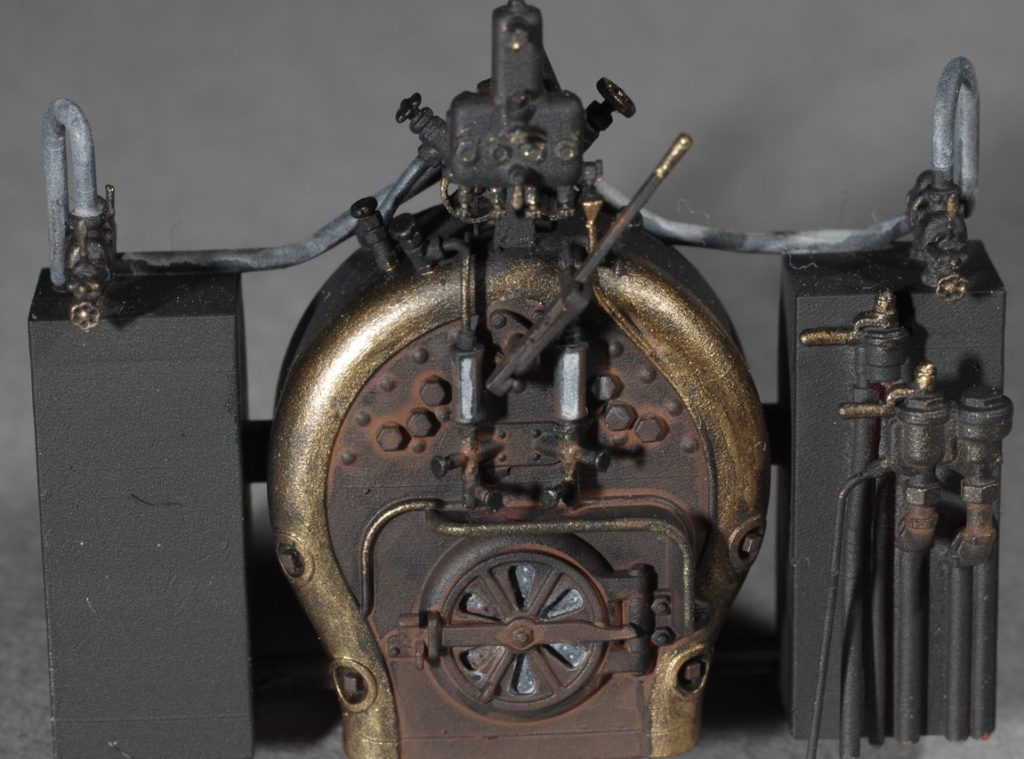