As the W kits get closer to shipping, I’m focusing on the few remaining details like the number and maker’s plates.

That occasioned me to exhume the test shots I did for this a little while ago.  Prototype plates were around 1/4″ thick, scaling out to 0.1mm, which is convenient as 0.1mm brass is readily available for etching.  Even in S scale number plates are pretty small, and thus at normal viewing distances a general impression would probably suffice.  Of course the ‘cruel enlargement’ would expose that, and I’m sure the first thing everyone does on getting a set of plates is to get out the magnifier to check the detail level.

Locomotive numbers are relatively large (not quite as large as the 377 plate which is a bit overscale and since fixed) and so do not present that great a challenge. Maker’s plates are a different matter altogether.  This is exemplified by the 88 seat railcar plates illustrated below.

Lettering here is drawn at 0.29mm height, which is around 20mm on the prototype and about the smallest lettering commonly found on cast plates.  The lettering is generally quite legible, and it is quite easy to make out the text even if the odd letter is not entirely clear. 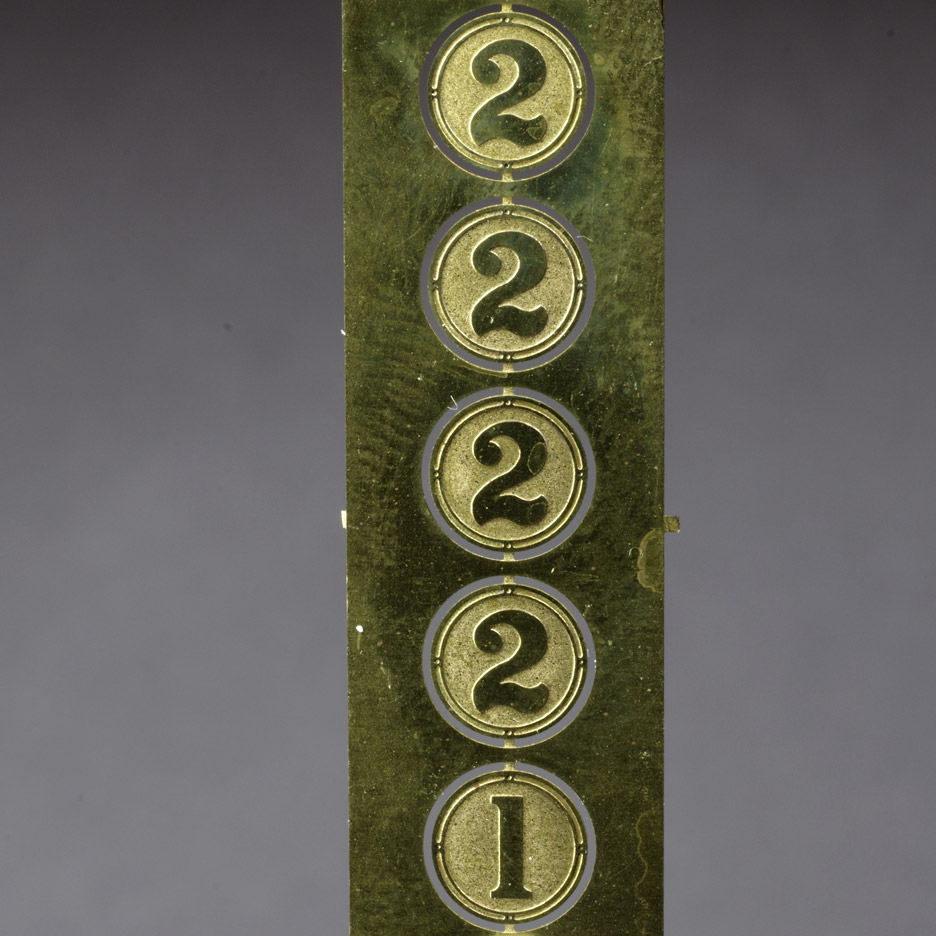 At the other extreme the car class plates above present no challenge at all, although the border detail has formed nicely.  These will be available in the emporium soon.

So with that proving exercise complete, the plates for the W, WA, and F classes are currently being produced.