Long time readers of the blog will appreciate that, here at NZ Finescale, recent efforts might be characterised as ‘productive dabbling’.  Productive in the sense that we’ve been able to demonstrate some pretty cool items. Dabbling, because this has not so far resulted in many new products that you can actually build.  No apologies from us about this as it is somewhat inevitable that a step change in technology and capability (such as our 3D printer) will inevitable require a learning curve to reach the new status quo.

This post is a bit more of the same in that regard, but hopefully it will be apparent that we are moving closer to some new kits and some new detail parts are already available.  The W loco will be here very soon, as will our revised Q1 and Q4 hopper wagon kits.

In the meanwhile, for your delectation we present a gallery of recent castings received at chez NZF: 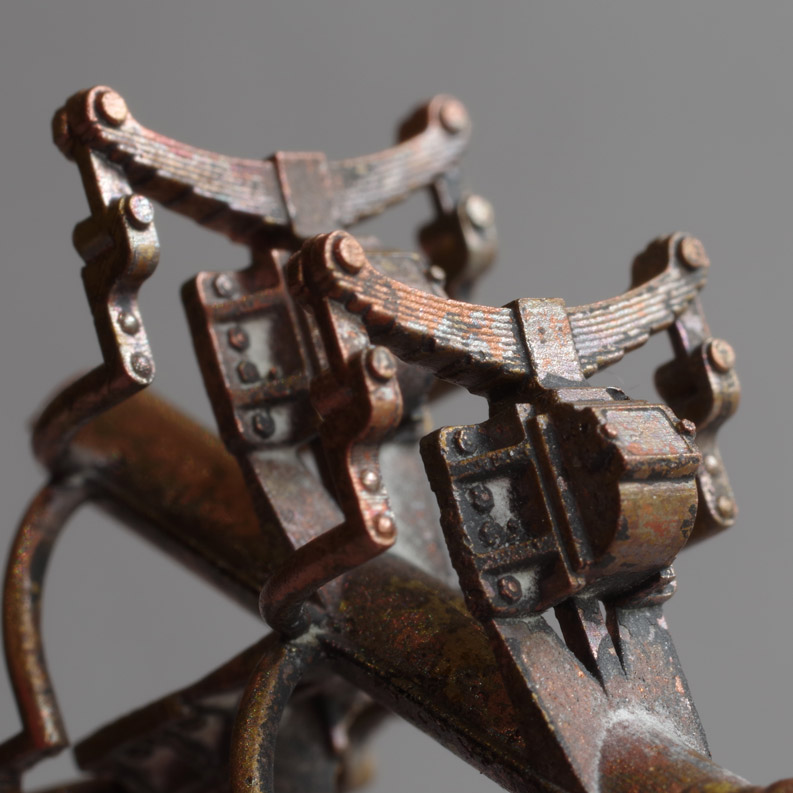 First up the revised truck sideframe castings for the W.  As with all the photos here, these are raw castings as received from the caster without any tarting up.  The detail level on these is improved, most notably in the spring laminations, bolt  and rivet detail. 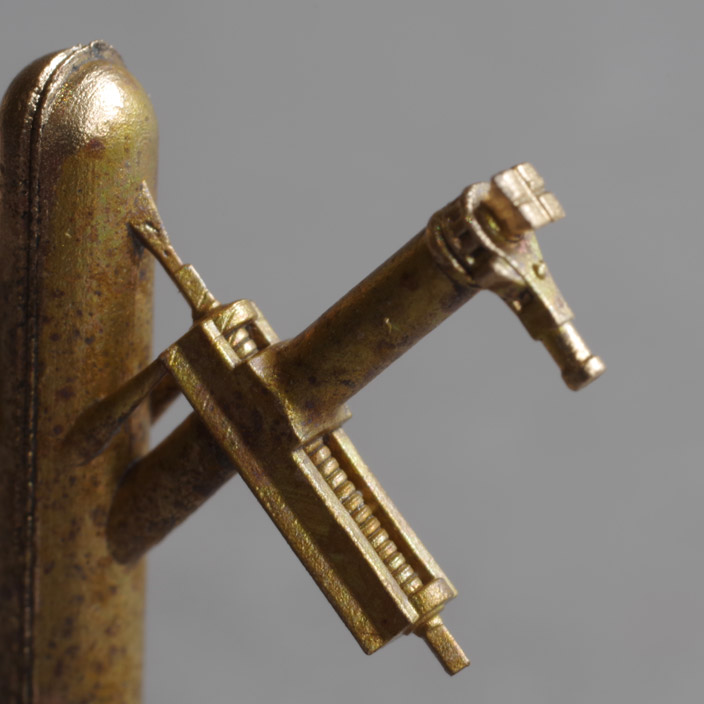 My personal favourite casting of the moment is the locomotive jack (Available in the Emporium at $4 a pair). Every detail of the prototype is faithfully reproduced. 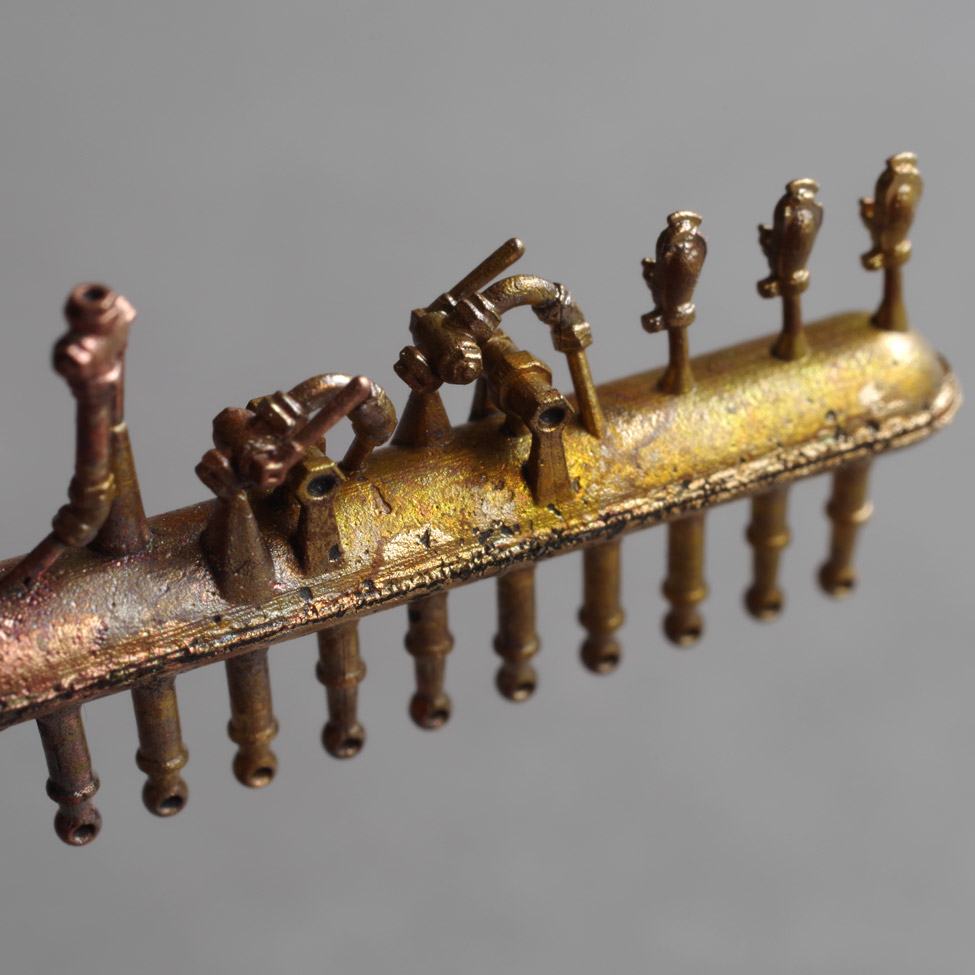 A close second are the brake cocks and couplings shown above.  These are also intended for the W, but will spin out in a version for other vehicles in due course.  These parts are pretty much dead scale, and with a short length of 0.7mm OD black insulation from some electrical wire can be made up to a very accurate representation of the real thing.  The three cocks above represent the various orientations commonly seen on small locos.  The straight pipe connectors are separate parts nested to save space. 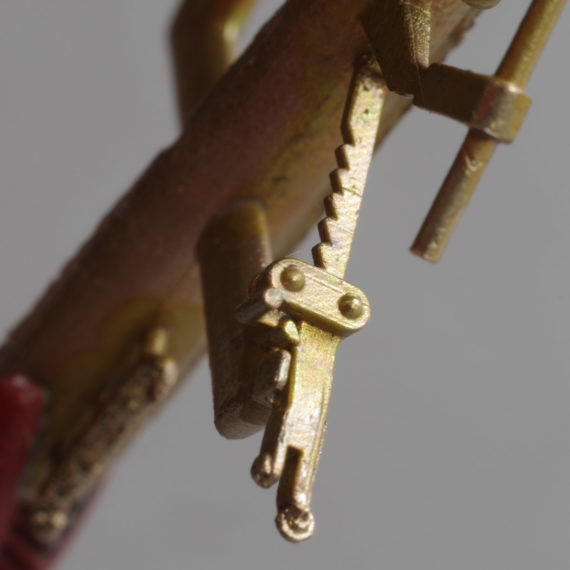 Moving towards progress on forthcoming wagons, the brake ratchet is a really crisp representation of the real thing. 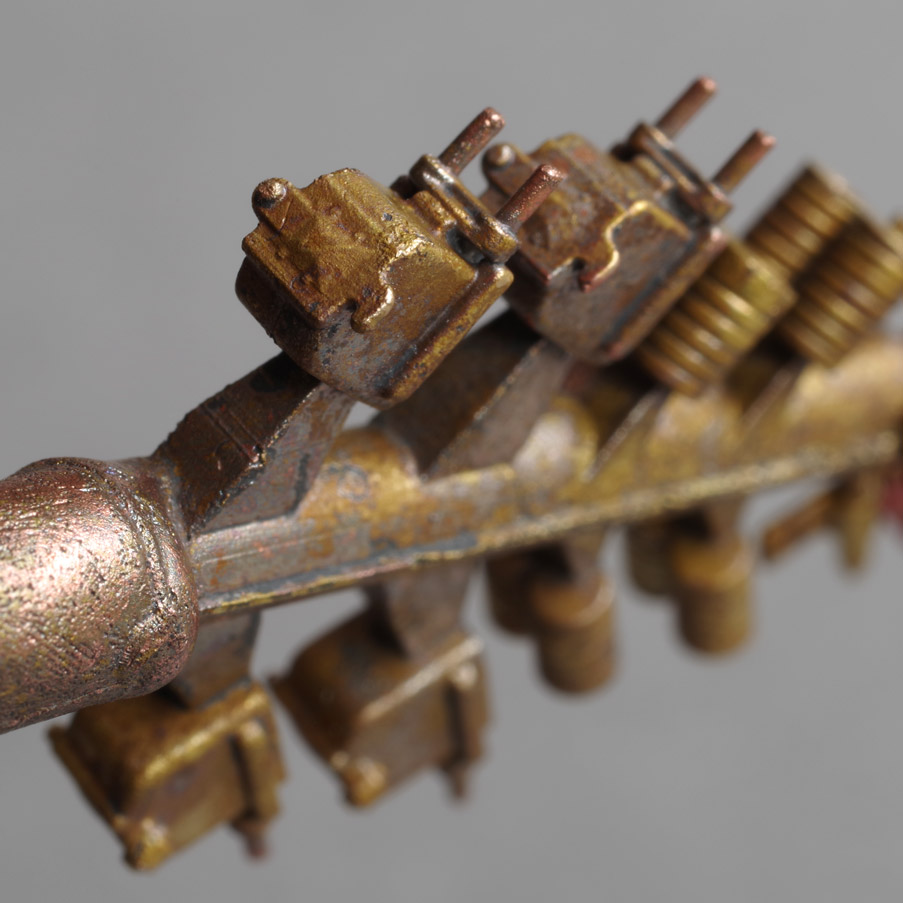 Axle boxes and springs have also had a makeover. 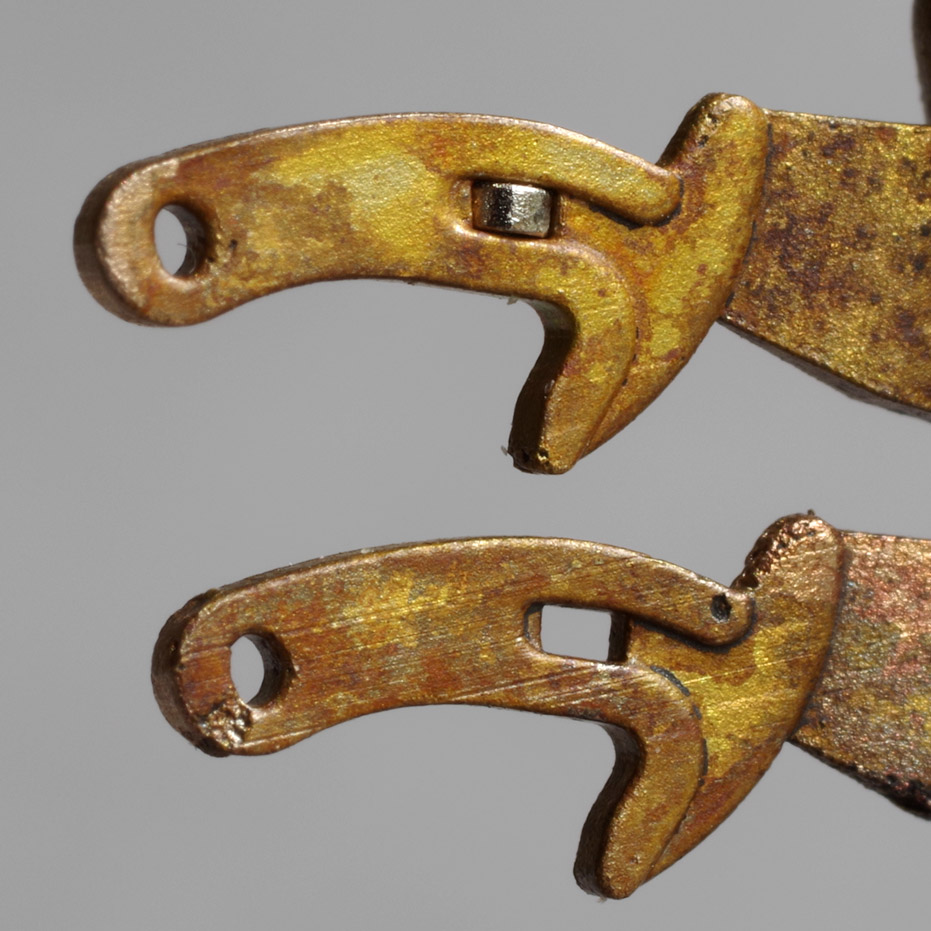 Last up some progress on the automatic uncoupling front.  These hooks have a cast in slot to take the uncoupling magnet.  The magnets are a push fit as shown in the top hook.

This version has yet to be tested but the magnet location gives a little more leverage than that featured in an earlier post ( Uncoupling NZR chopper couplers ).  Fitting the magnets is going to be tricky due to their small size, but this arrangement should simplify matters considerably compared to other methods we’ve attempted!