There’s been a bit of a burst of activity at Chez Finescale of late.  While it’s all been pretty good stuff it probably looks a little random and scattergun from the outside.  To be honest it feels like that on the inside too sometimes, but really the soft focus approach has been driven by two factors.  Firstly, the latest print technology and the new opportunities that allows and, secondly, the need to obtain castings and etchings which tends to form a speed bump in any project.

One of my current foci is the Addington cars, but these are relatively large and definitely victim to the casting/etching speed bump.  So while awaiting some of the brass goodies I made a start on the BP3866 30′ van.  This is obviously a slightly smaller vehicle, but similar enough to the cars to allow it to be used for testing ideas.  The van too has now paused in a passing loop awaiting detail parts, but is sufficiently advanced to share progress.  This is very much a proving model. Some parts I have not cleaned up and I broke the roof corners when I dropped it.  Some fit is a bit average and has been improved. Some things were a bit tricky, so the design has been reworked to simplify.  But the van to this stage is just a couple of hours of easy work and a few drops of CA glue. 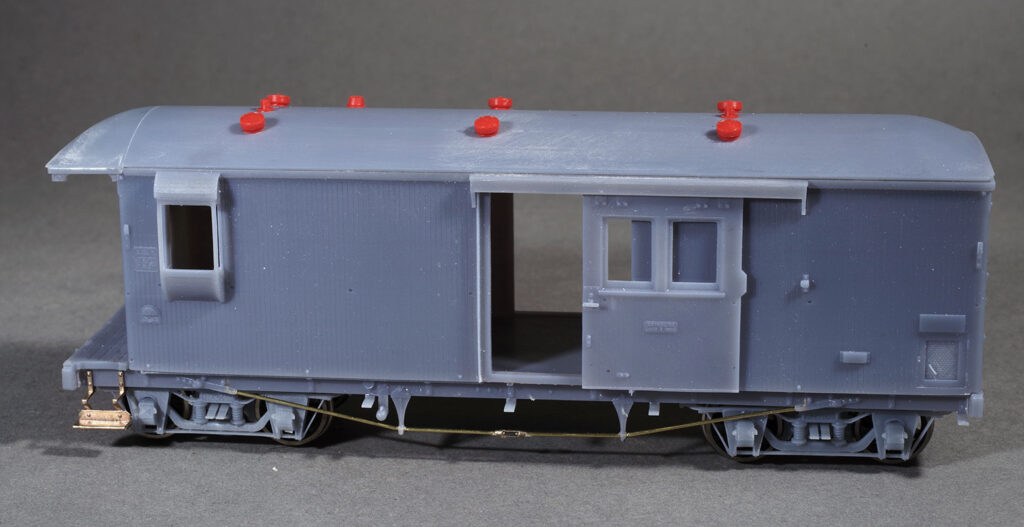 There are a few philosophical decisions to grapple with in designing any kit and 3D printed versions are no different.  Some of these here were: 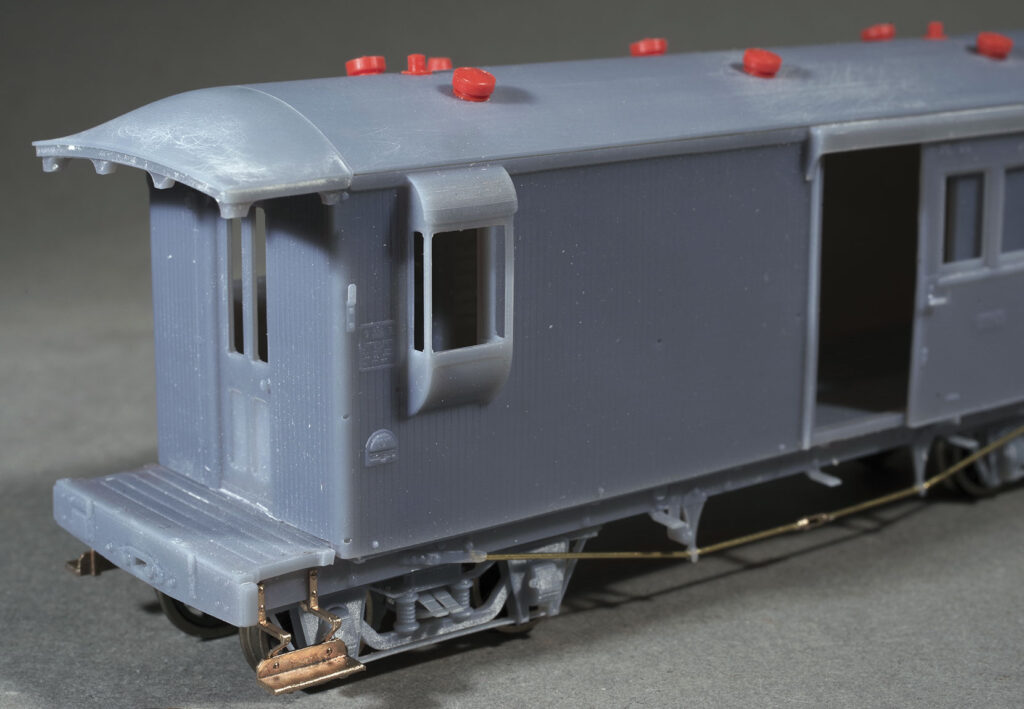 Detail level on these prints is extremely good.  Lettering on plates is as legible as it would be on etchings and details such as lamp irons, door knobs and so on are well formed.  This creates extra pressure on me as there was plenty of detail to add such as the various body bolts, gas gauges, gas pipe and key on the platform and so on. 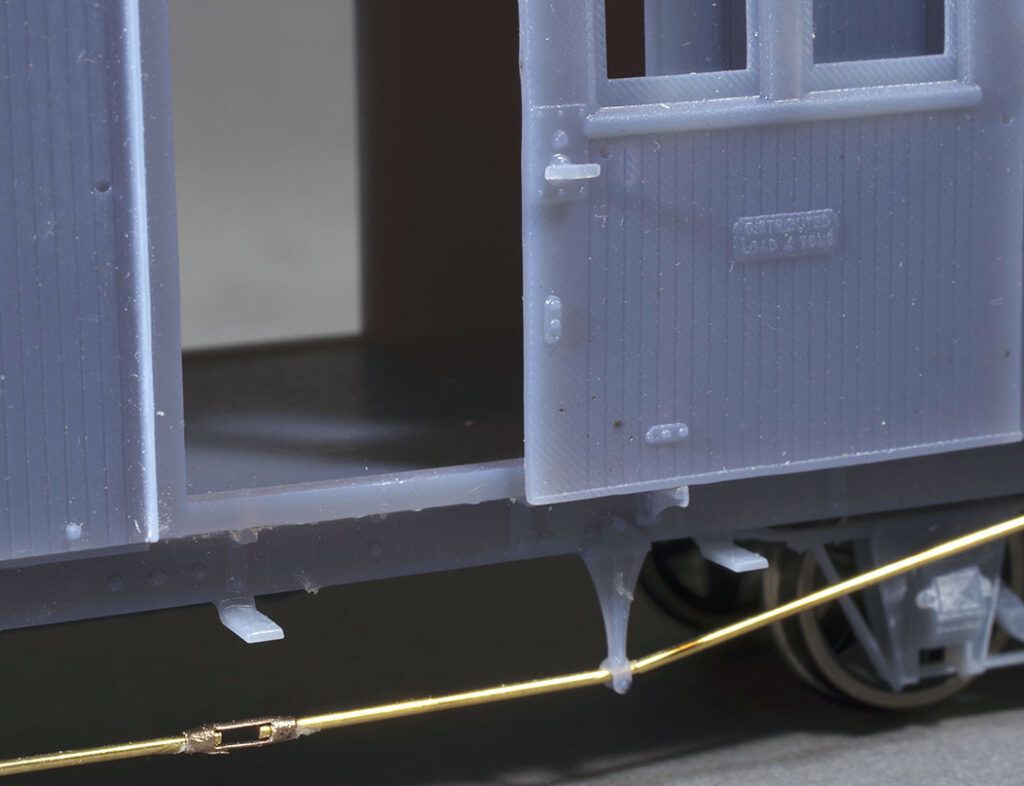 Most of the super-detailing is  incorporated.  The door handgrab ends are accurately portrayed and just need a loop of 0.3mm wire to be brought to life. 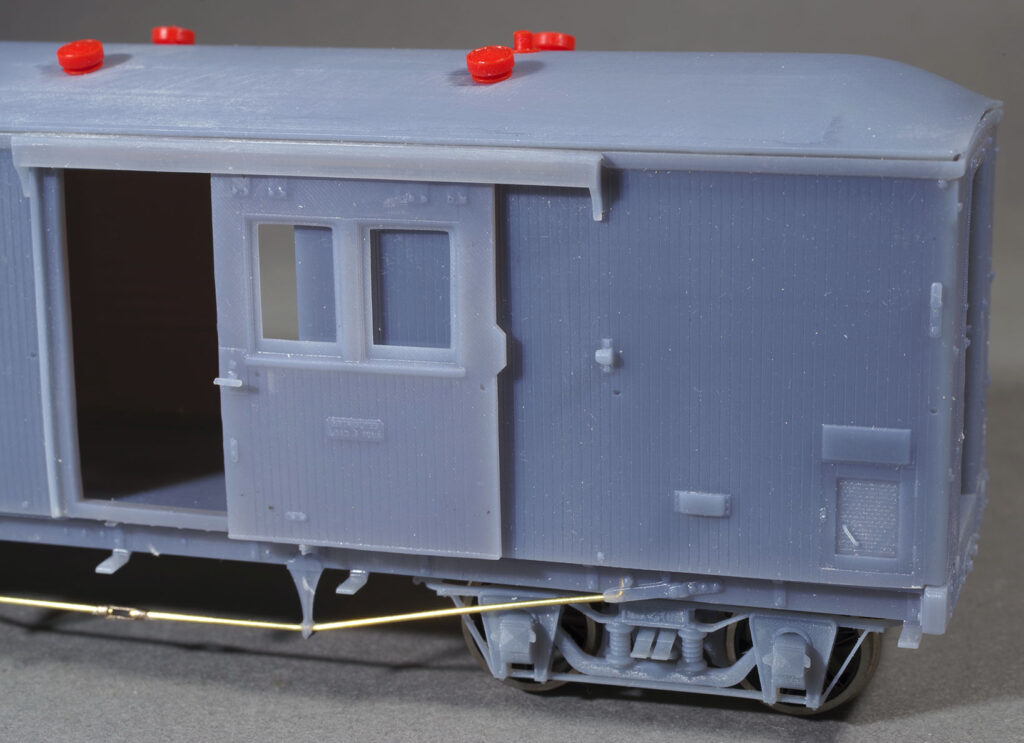 More details.  The hinges, latch, handle and perforations of the dogbox door are all well resolved (though this pic doesn’t entirely do the perforations justice).

Etchings are on the way for this (and other) projects so look for a kit release around the end of October.  In the meanwhile I’ll probably advance this build a little further and maybe give it a squirt of paint before it features again.